James co-presented as a panel with McCullough Robertson’s Tim Longwill supported by a paper prepared by ELRI’s Professor John Mangan. 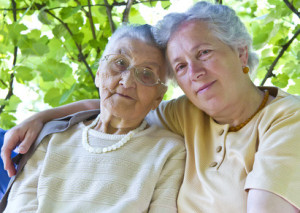 The Economics and Law Research Institute (ELRI) is currently researching issues relating to an ageing population from a law and economic perspective. Legal issues will be paramount in fashioning the environment in which age related topics such as retirement, aged care and inter-generational transfer of assets will take place; but these legislative requirements will also have significant economic outcomes in terms of public finance, equity, and the role of private capital in aged care provision.

Aged care in Australia is paid for through a combination of public and private funding. Government has been the primary provider of aged care by subsidising residential care and community care packages, contributing, on average, two-thirds of aged-care costs. The remainder is privately financed by older Australians and charities.

Australia’s ageing population presents the challenge of an increasing and changing demand for aged care services.

By 2050 the Australian Government will need to quadruple its aged-care expenditure to $41 billion to simply maintain its current level of service provision.

Consequently a shift to family-based care is seen as a necessary option in alleviating the burden on government to provide aged care services in the long term. Changes to the law, particularly those of a commercial nature or those related to inheritance and succession, have profound economic impacts between law makers and the often profound economic changes they help initiate, both implicitly and explicitly.

This is not to argue that laws should be drawn up purely on economic grounds to exclusion of principles of social welfare and equity. However, laws often have unintended economic consequences, which, if properly understood would lead to a modification in either the drafting or the enforcement of the law.

One thought on “Facing the Tsunami: The future of Aged Care in Australia”