Professor Jeff Mann has extensive experience in corporate, banking, property and particularly tax law having been a senior partner in major international law firms for many years. He is currently Special Tax Counsel at McCullough Robertson. He has been a lecturer at the TC Beirne School of Law at the University of Queensland, National President of The Tax Institute, President of the Queensland Law Society, Professorial Research Fellow to and Professor in the Faculty of Business, Economics and Law at UQ. He has lectured and published widely to professional and community associations. He is a Founding Director of the Economics & Law Research Institute Ltd. He currently acts in the roles of a practising lawyer and academic as well as being an author of legal texts and a consultant to the private and government sectors.

Professor Mann is the author of the Thomson Reuters “Duties Legislation Queensland” service and numerous other academic and professional publications. 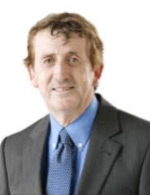 Professor Mangan is currently Director of the Australian Institute of Business and Economics at the University of Queensland.

He was formerly employed as Associate Dean (Research) within the Faculty of Business Economics and Law at the University of Queensland and as Professor of Economics within the School of Economics. Professor Mangan has held a number of other labour market research positions largely focusing on the Queensland Labour Market. From 2001-2006, he was the Director of the Centre of Economic Policy Modelling (CEPM) at the University of Queensland (UQ) and concurrent with that position, he held senior research positions in the Queensland Government, including the inaugural Director of the Labour Market Research Unit (LMRU) within the Department of Employment and Industrial Relations; a Professorial Fellow within Queensland Treasury specializing in market analysis and the Eminent Scholar in Residence in the Department of Education and Training (2008).

Professor Mangan’s main areas of interest are in Industrial Economics, Labour Economics, Regional Economics and Economic Modelling. He has published over 70 refereed publications, 5 books and authored or edited a large number of consultancy reports. Recent publications (2010/2012) have appeared in The Journal of Industrial Economics, Education Economics, Applied Economics, The Economic Record and the Journal of Sports Economics. While primarily a labour economist and industrial economist he has established an international reputation as an applied economist. His article “Home is where the Hurt is: An Econometric Model of Spousal Assaults” was voted one of the top 50 articles in Management and Economics for 2009 in the Emerald Citation of Excellence Awards.

Professor Mangan’s paper “Multiculturalism versus Assimilation in Western Countries” was placed in the top 10 downloads for the Social Science Research Network (SSRN) for 2010 in the Social Policy category and he is currently ranked in the top 20% world-wide for SSRN downloads for economists and social scientists. He has written a large number of papers and applied consultancy reports examining wages and productivity issues and has appeared on a number of occasions as an expert witness in areas of applied economics. He has been selected as a peer reviewer for the Excellence in Australia (ERA, 2012) categories of Labour Economics, Industrial Economics and Evolutionary Economics in the forthcoming ERA round.

While at McCullough Robertson Lawyers in 2010, James was seconded to the Business, Economics and Law Faculty at the University of Queensland, where he was appointed an Economics and Law Research Unit Scholar in 2011.

James is a Chartered Tax Adviser with the Tax Institute of Australia and a Queensland Law Society Accredited Specialist in Business Law. He has presented as a speaker for both organisations as well as numerous legal education providers, national banks and community groups.

James is a director of Rivermount Education Limited and the Economics and esource legal. He is also the consulting General Manager of WillPoint, Australia’s leading provider of death and probate notification and will locator services. 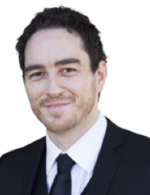 Russell Morgan is a lawyer with the Queensland Department of Justice and Attorney-General. He has extensive experience in policy development, primarily in the area of business regulation. He has acted as primary drafting instructor on numerous Acts and Regulations, including a national uniform law. His interests include not-for-profit law, property law and administrative law.

Russell has held research positions with QR, the Jill Dando Institute of Crime Science in London, Griffith University and the Queensland Criminal Justice Commission. He has published and presented at conferences in the area of crime prevention and the unintended consequences of legislation. 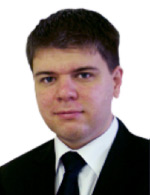 Tom Cuddihy is a Law Student at the University of Queensland focusing on commercial and administrative law. Tom was appointed a research and assistance role with the Economics and Law Research Unit in 2012 where he collated data and put together material for the Business Economics and Law Faculty. Focusing on research and producing material for ELRI, Tom has assisted academic staff in the development of web based information and online data.

A keen member of the Queensland Debating Union, student tutor and member of the UQ Student Law Society, Tom has played an active role in the TC Beirne Law School since 2009. Being a member of the Maritime Law Association, Tom is interested in trade, export, economics and the environment.

Currently, the Intergenerational Transfer of Wealth and Ageing Population project has been one of the core assignments for ELRI in which Tom has been playing an active part. 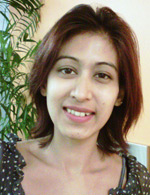 Farhana Chowdhury completed her PhD from the School of Economics, The University of Queensland (UQ). Her PhD research deals with investigating the economic implications of privatisation, focussing on the State government’s privatisation of Aurizon. Farhana also holds a Master of International Economics and Finance (Adv) degree from UQ.

Farhana is currently working at the Queensland Competition Authority. She has previously acted as a tutor and a research assistant at UQ.

Her research interests include regulatory economics, macroeconomics (including monetary and fiscal policies) and their impact, and microeconomic analysis. 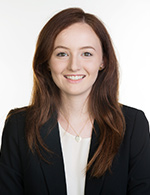 Kate completed the first year of the Bachelor of Economics course at the University of Queensland in 2016, receiving the Dean’s Commendation for Academic Excellence in Semesters 1 and 2 as well as the Union College Academic Achievement award. She is presently studying at the University of Queensland in the new Bachelor of Advanced Finance & Economics (Honours) course first offered in 2016. In February 2016, Kate was appointed a PASS (Peer Assisted Study Sessions) Leader for ‘Quantitative Economic and Business Analysis A & B’. PASS Leaders are selected by the School of Economics primarily based on academic achievements and ability to coherently explain the logic of statistical concepts to PASS classes. Kate was educated at St. Margaret’s AGS and in Year 12 received an Honours Award as well as Morgan’s Financial Ltd Prize for Economics and Queensland Theatre Company Prize for Drama. Kate is also active in wider student activities, such as being a Student Leader: Jump Start Academic Preparation Program, serving on the University of Queensland Economics Society’s Sub-executive: Corporate Team and Mentor Program, a Student Leader, La Boite Theatre Student Ambassador and CPA Student Ambassador. 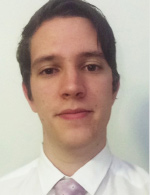 Filip Milosavljevic is graduating from the University of Queensland with Bachelors of Economics and Mechanical Engineering with a focus on econometrics and applied microeconomics. Research experience includes study into ‘Implementing Value Capture for Transport Infrastructure’ under the supervision of Professor Flavio Menezes, researching the applicability of land value capture mechanisms to South-East Queensland.