An abstract from the PHD of Farhana Chowdhury, ELRI Fellow. 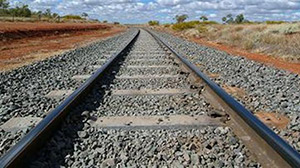 Infrastructure connects people to places, products to customers, and the internet to almost every home in the modern world. The importance of infrastructure is rarely disputed. However, the same cannot be said for privatisation involving infrastructure.

Historically, major infrastructure assets such as telecommunication cables, electricity transmission and distribution infrastructure, and road and rail networks have been government owned. The hallmark of today’s economic climate is the stronger drive towards efficiency, effective risk management, and debt control. Privatisation of infrastructure assets has been heralded by some politicians and economists as one of the ways to achieve those objectives.

The process of privatisation is driven by a number of factors. These include the nature of the entity the government wishes to privatise, the method of sale employed, and whether the entity is vertically integrated or separated. The privatisation of Aurizon, the largest rail freight entity in Australia, has received immense attention given its importance to the Queensland coal industry. This thesis assesses the impact of Aurizon’s privatisation on the Queensland economy and on a number of stakeholder groups.

Firstly, the thesis provides an analysis of the channels through which the privatisation of Aurizon is likely to impact the stakeholder groups, such as the investors and non-investors, coal miners, and the Queensland government. This analysis is undertaken by considering Aurizon’s vertically integrated structure in light of its network segment being regulated, and the initial public offering process employed to privatise the entity.

Finally, the thesis evaluates the economic implications of the productivity gains using a dynamic computable general equilibrium framework. The model used is the Monash Multi-Regional Forecasting model or MMRF (3). The modelling period is 2012-2020, where the model first produces a base case. A base case is essentially a projection of the Queensland economy and other states in Australia over the modelling period. It includes forecasts of macroeconomic indicators, such as gross state product, investments, household consumption, exports, employment and government spending. It also includes an industry-specific outlook. Underpinning these forecasts is a set of assumptions that the model must incorporate in order to produce the base case projections. The economic-impact analysis is cast as a comparison between the base case and a scenario in which a sector-specific perturbation has been applied; the perturbation is the productivity improvement in the Queensland’s rail freight sector caused by Aurizon’s privatisation. The scenario in which this occurs is referred to as the policy case scenario. The results indicate that the productivity improvement in the rail freight sector will benefit the wider Queensland economy. However, the industry-specific outlook is different. The results suggest that the impact on the coal sector will not be as straightforward. This outcome is explained by the effect that the rail freight sector’s productivity gain is anticipated to have on the labour and capital inputs, and the interdependencies between the coal sector and other sectors, particularly the electricity-generation industry.