Enquiries have suggested that the distinction drawn in the Consultation Paper between a mineral farm-in agreement and a petroleum farm-in agreement based on the timing of the transfer of the exploration authority may not always be the case. Depending on the drafting of the proposed amendments to the Act, this may not be a significant issue. 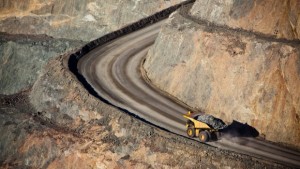 Mechanics of the exemption

The proposed exemption works by carving out exploration or development expenditure (“the exploration amount”) from the calculation of the dutiable value which is to be determined “… by reference only to the consideration under the agreement.” This means that there are two amounts to be identified:

Consideration under the Act is not defined: see Duties Legislation Queensland, JG Mann (Thomson Law Book Co, 2002), paragraphs [2.2710] et seq. The principles stated by the High Court in Chief Commissioner of State Revenue (NSW) v. Dick Smith Electronics Pty Ltd (2005) 221 CLR 496 at [72] is generally accepted as stating the current principles. The point is that what is the consideration for a transfer may sometimes be difficult to identify. This issue of course equally applies to agreements other than farm-ins. But is there an issue with this proposal if the consideration can’t be identified or quantified or there is none? ls it only intended to ignore the value of the exploration permit if the consideration can be determined? Or, is the value of the exploration authority always to be ignored so that, in the example, the $300,000 is never subject to review? ln practice, this may well not be an issue but it may be relevant to the drafting of the proposed amendments.

One question arising from the example is whether section 10 of the Act is effectively being amended by imposing duty in relation to mining information. lt could be argued that the $200,000 being paid for the mining information in that example is quite separate from the consideration being paid for the interest in the exploration permit. It is unlikely that this is a policy change but it may be viewed that way and if so, then there may be calls for separate consultation to fully consider the implications for the mining and petroleum industries and other sectors across the range of transactions which are commonly effected so as to ensure consistency of approach.

The definition of that expression in the consultation Paper may need some further consideration. At the moment, it is “… an amount specified in a farm-in agreement to be expended … on either or both exploration and development of the exploration authority …” Questions may arise as to just what this is to cover, how connected to the project those costs have to be and what evidence may be required. It may be questioned whether the expression “… exploration activity in the permit area” in the example is to have a simple geographic meaning. For example, although drilling costs and feasibility costs are no doubt to be included and it may be expected that a number of consultants fees directly related to the project should come into contention, such things as director’s fees, insurance and fees associated with the formation of entities or documentation and the like may not. But then again, are (e.g.) costs associated with employees (travel costs, vehicle costs, equipment hire and leasing costs, independent contractors costs for work done, taxes and permits payable to government etc.) directly connected with the exploration activity included? This issue may already have been discussed with industry but if not, then further consultation and consideration of their responses may be necessary.

The definition of “Exploration amount” and the example assume that there is an apportionment actually set out in the agreement. That may not always be the case. If so, is it intended that the parties be permitted to supply that after the agreement and if so, what details and evidence would be required?

The policy no doubt intended in this part of the Consultation Paper would find no objection from industry. The limitations on the operation of Chapter 11 of the Act set out in section 432 are a sensible recognition of the way in which anti-avoidance provisions must operate if confusion in the minds of taxpayers is not to occur. It is heartening to see that Queensland is ahead of many other jurisdictions in its practical, commercial approach to this vexed issue. This approach is also consistent with recent developments in the United Kingdom. The anti-avoidance section proposed must therefore be drafted to reflect these principles.

There may be an issue as to whether these arrangements need to take into account any transfer occurring after the start time pursuant to an agreement, perhaps an option, entered before the start time.

This Institute has not had the time to consider the economic impact of these proposals but would be delighted to do so if requested.